About two years ago my brain began churning out book ideas at an alarming rate.  Dutiful to The Muse, I excitedly wrote down all my thoughts and filed them away.  But over time a nagging sense of discouragement set in.  Instead of being grateful for my ideas, I was left with the disheartening realization that I’d never be able to start, let alone finish, all of these books.

Like the story above, overwhelm followed by discouragement can consume us when we think about all the things we want to do and all the changes we want to make in our lives.  We have a thought then instantly believe we should act on it (this mysteriously never afflicts me when it comes to doing laundry or the dishes).  And sometimes we do need to make immediate changes.  However…the issue with the automatic “think then act” response is that many times, if we can’t figure out how to “change right now” because society or someone else says we should, (or more importantly we think we should), we end up beating ourselves up.  “Right now”, I’ve discovered isn’t the point.  The point is that sometimes we’re given messages – many time wildly conflicting messages – around change and our only job is to think about those messages – not act on them.

Today, I’m at ease with the fact I’ll never write all those books.  I still find myself caught up in the “think then act” response sometimes – it’s a work in progress breaking that chain.  But mainly what I’ve learned from all my book ideas is that those thoughts are gifts.  Just because they’re given to me doesn’t mean I have to act on them, and by not acting I am in no way ignoring or dishonoring them.  Learning to manage the “right now” is just one more step in my own journey and one that I’m grateful for, despite the growing pile of story ideas (and dishes). 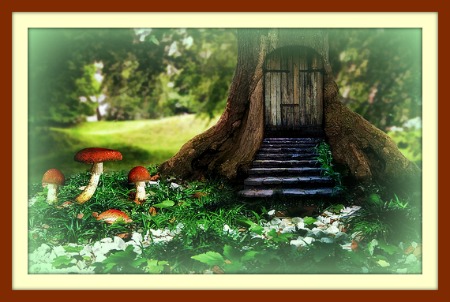 The Wisdom Tree is a  subscriber-only place that holds

Sign up below to receive your free cheat sheet.

Ready to break free from comparison?

stop comparing and start celebrating your unique self.

It’s time to stop spiraling into negativity and seeing the world in black and white.

Grab your tip sheet on how to manage All or Nothing thinking and start looking at the world in a whole new way!

It’s time to banish busy and get to balance

Click here to enroll in my FREE 6 day course that will show you how.

Are you ready to take charge of your precious time and energy?

Then it’s time to manage your overwhelm instead of letting it manage you.

This question sheet includes 4 focus areas and 25 questions to help you shift your thoughts and take action today.

Friend! You must try the hot plate special!